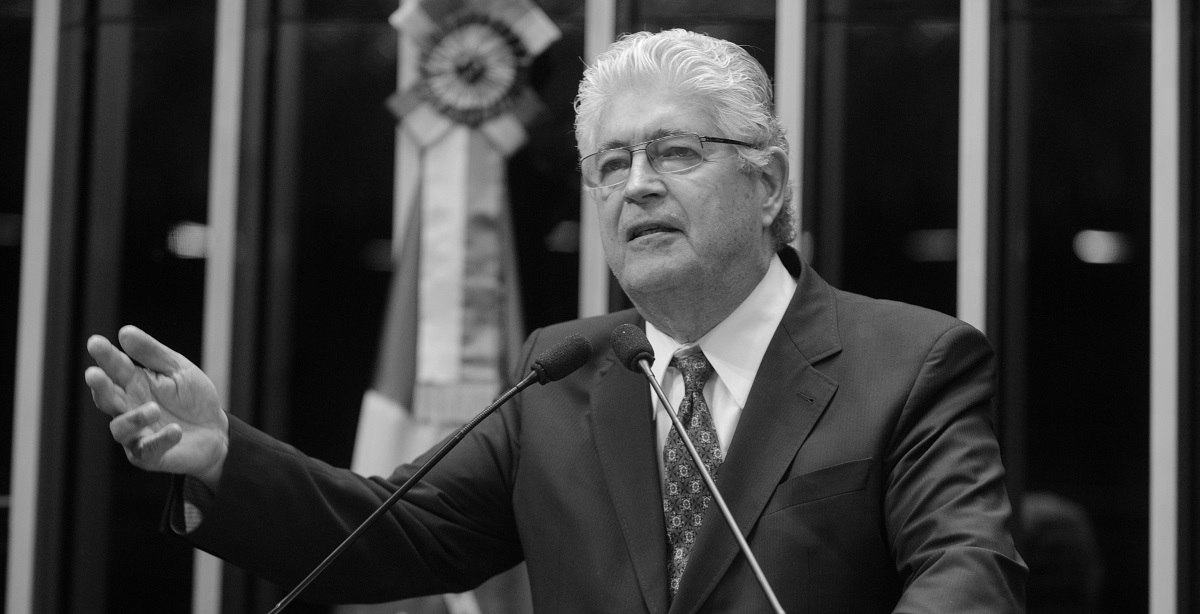 In Curitiba, former Senator from the center-right MDB party Roberto Requião reminds the public that purchasing stolen property from an illegitimate government is a crime and this opens the legal door for future governments to repossess privatized companies with no compensation.

Investors will have to return privatized Brazilian assets

November 10th. Roberto Requião, former senator from the center-right MDB party and leader of the Broad Front for Sovereignty (Frente Ampla Pela Soberania) warned that international investment funds that are buying up Brazilian state companies will suffer damages in the future.

In referring to the companies privatized by the illegitimate government of Jair Bolsonaro (PSL), the Frente Ampla leader sent a tough message:

“Whoever buys Brazilian public assets from an illegitimate government is buying stolen merchandise. It’s tantamount to receipt of stolen property.”

According to Brazilian law, receipt of stolen merchandise is a felony defined by Section 1, Article 180 of the Criminal Code. The punishment is 3-8 years in prison and a fine.

In a video published on his social media networks, Requião said that these foreign investment companies, these foreign interests, are purchasing assets that the Brazilian government is not legally allowed to sell.

“They are buying state businesses that are categorized as strategic for our sovereignty and development,” he said.

Requião said he has no doubt that, “at some point, they will have to return these state assets without compensation.”

According to legal experts, there are several reasons why the election of right wing extremist Jair Bolsonaro was illegitimate, including the fact that electoral front runner Luiz Inácio Lula da Silva was barred from running in violation of national (MP 311) and international law, and the illegal use of the WhatsApp social media app to commit slander against candidate Fernando Haddad during election season.

Re-nationalization of privatized state companies, that were either not meeting the terms of their agreements or had benefited from deals brokered by corrupt politicians was a strategy used by the so called “pink tide” governments in Latin America to reverse the poverty and income stratification generated by the IMF imposed neoliberal structural adjustments of the 1990s. In Argentina, President Nestor Kirchner nationalized 5 companies that had been privatized by corrupt President Carlos Menem including the Buenos Aires water system, the post office, passenger train service and Tandenoor shipyard.

The Broad Front for Sovereignty will hold its next assembly in Florianopolis, Santa Catarina on November 14th.

This article originaly appeared on the Blog of Ezekiel Moraes, was translated and edited (including adding context for an international audience) by Brian Mier and can be read in its original form here.