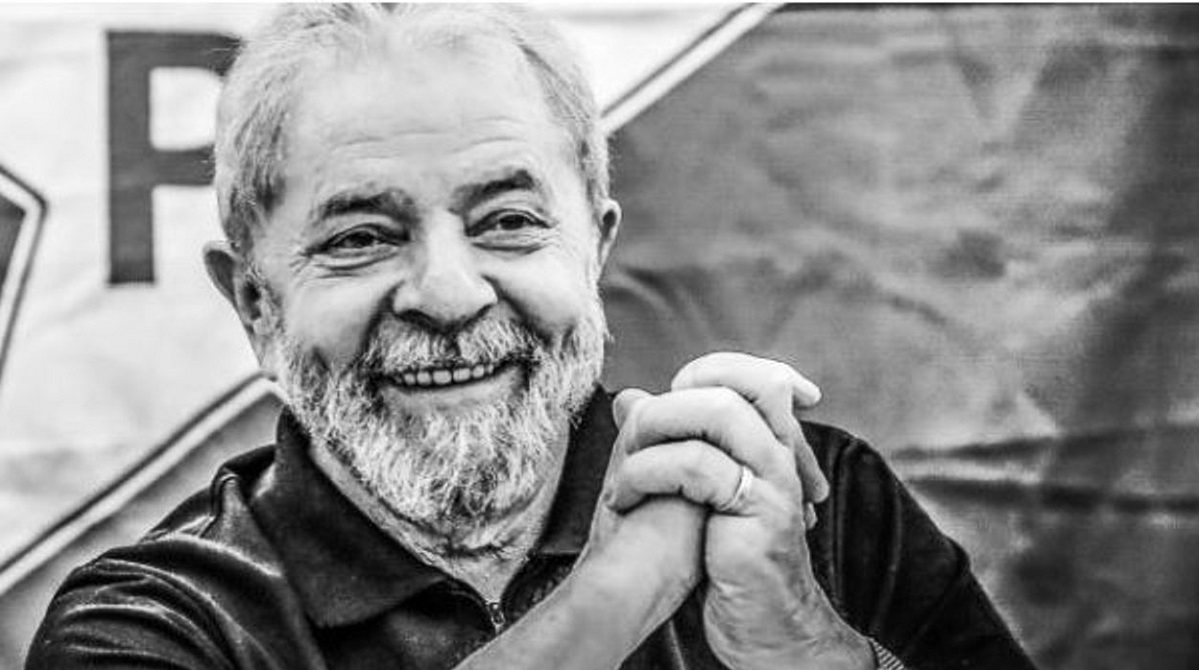 “I will not trade my dignity for freedom,” says Lula

In a letter written to an international crowd of union and social movement activists and political leaders gathered in a São Bernardo do Campo union hall, Lula evokes the memory of Gandhi, Mandela and King, and says that despite setbacks happening around the world, the fight for human rights will continue.

On December 10, the 70th anniversary of the UN Universal Declaration on Human Rights, a series of events were held across Brazil remembering fallen human rights heroes and demanding freedom for Luiz Inácio Lula da Silva, who was thrown in jail last April by future Justice Minister Sergio Moro in a kangaroo court proceeding with no material evidence in which he was allowed to rule on his own investigation with no jury. Last night, at the the ABC Metallurgical Workers Union in São Bernardo de Campo, which was surrounded by tens of thousands of union and social movement activists on the day Lula turned himself in, a rally took place with political, union and social movement leaders from Brazil, Uruguay, Venezuela, Argentina, Greece and Spain. The highlight of the night was the moment when the following letter by Lula, written especially for the event, was read to the crowd:

This is a very special day for humanity. 70 years ago, the UN ratified a declaration inspired by solidarity, in respect for others, and recognizing differences, based on the right of freedom and the search for peace and understanding between men, women and nations. Today is a day to celebrate how far we have advanced, since then, towards implementing these rights.

It is a day to remember the heroes of this struggle on all fronts: Martin Luther King, who was sacrificed in the defense of civil rights; Nelson Mandela, who spent 27 years incarcerated by the apartheid regime; Mahatma Gandhi, who even before the Declaration of Human Rights was transforming non-violence into the strongest resistance against the colonial regime, and so many others who fought for a better world.

Here in Brazil we have had the opportunity to put many of the Declaration’s values into practice, such as freedom of organizing and of expression, the end of censorship and the recognition of the rights of women and of GLBT people. We started to recuperate the centuries-long debt with Afro-Brazilians and Indigenous peoples. And we firmly condemned torture.

It is very sad for me to know that on this date we have to pay homage to two new martyrs to the fight for rights: the comrades José Bernardo “Orlando” da Silva and Rodrigo Celestino, from the MST, who were assassinated last weekend in the Dom José Maria Pires agrarian reform camp in Paraíba.

I ask everyone to pay homage to these heroes of the Brazilian people and to the struggle for human rights. They were victims of the same violent hate speech that reached Marielle and Anderson, Master Moa do Katendê and young Charlione Albuquerque, among so many others who were so persecuted and threatened.

These heroes will continue alive in our struggle. We will defend our people’s conquests in their names, for the right to life in all its fullness, against intolerance, prejudice and arbitration.

Eight months ago I was there at the Metalworkers’ Union, surrounded by the affection and solidarity of thousands of comrades who were not satisfied with my arbitrary and unjust imprisonment. I want to say that I am still with you and I think about the future of our people every day.

Brazil and the world know that the Lava Jato prosecutors, Sergio Moro and the 4th Regional Court set up a judicial farce to prevent me from being elected president again in accordance with the wishes of the majority of voters. I was condemned for “undetermined acts”, that is, for nothing. They did not present any proof against me and threw out all the evidence of my innocence.

Today I am sure that I sleep lighter, with a calmer conscience than those who condemned me. I do not want any favors – I just want justice. I will not trade my dignity for freedom.

I am deeply grateful for the solidarity I receive every day from the people in Brazil and from other countries. I thank the comrades from the Lula Livre Vigil, those who send letters or visit me in Curitiba, those who hold protests, write petitions, and act on social networks demanding the fair trial to which I have a right.

I am aware that, even in the difficult conditions that we are experiencing – not only in Brazil but in many countries – the fight for the realization of Human Rights will continue. We will still build a world of peace and fraternity, where everyone, without exception, has the right to a dignified life.

Until the day when we meet again, a hug from your companion,