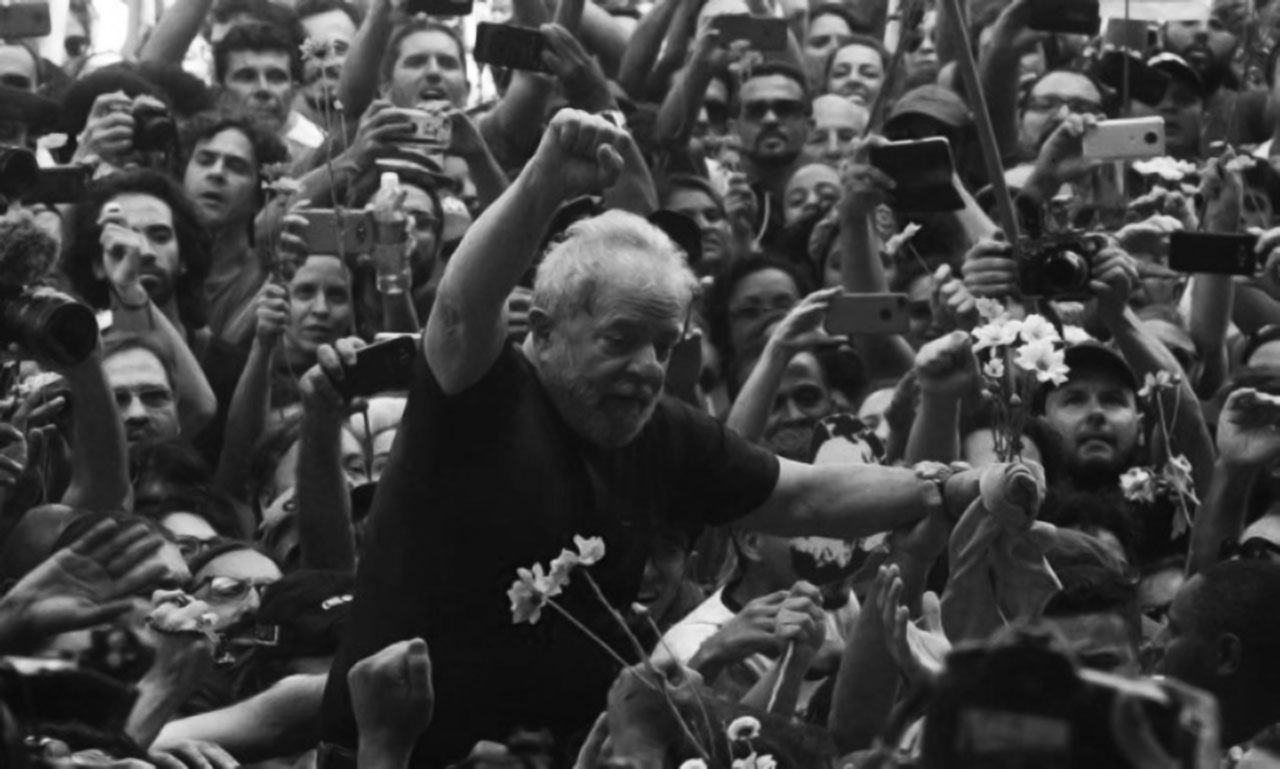 CUT/Vox Poll: At 39%, Lula would win Presidency in First Round

Ex-President Lula has more voter intention than the sum of his 13 closest rivals in the new poll. Even if there were a second round, he would beat any other candidate. In an unprecedented situation in Western history, Luiz Inacio Lula da Silva continues to lead all presidential election polls by a wide margin from behind bars, in the condition of political prisoner.

Even though he has been imprisoned for 52 days and ferociously attacked by the coup-mongering media, ex-President Lula is maintaining his lead over all other candidates for the Brazilian Presidency and would win in the first round if elections were held today. Furthermore, if there were a second round, Lula would also defeat any other adversary by a wide margin of votes.

In the stimulated poll, in which the candidates’ names were presented to the respondents, Lula received 39% of the intention to vote against 30%, representing the sum total of all of his opponents. The poll was conducted by CUT/Vox Populi between May 19-23 and published on Monday, May 28th.

The director of the Vox Populi Institute, Marcos Coimbra, called attention to the underwhelming performance by candidates connected to illegitimate President Michel Temer (MDB-São Paulo) who  participated in the Coup d’état which has brought Brazil to its current chaos.

“Despite the proselytism on the part of the Brazilian press, they continue to have very low levels of support. Among them, what draws the most attention is the ex-Governor of São Paulo, Geraldo Alckmin (PSDB-São Paulo), who is well below the popularity rates of other PSDB candidates in past election seasons. It appears that the public have not forgiven the Party’s behavior from 2014 forwards,” said Coimbra.

For CUT President Vagner Freitas, Brazilians have not forgotten that Lula warmed up the economy, generated more than 20 million jobs and redistributed income, despite the 2008 financial crisis which toppled the stock markets around the world and nearly bankrupted the economies of the US and Europe.

“Now we have 14 million unemployed, many more underemployed, absurd increases in gasoline, diesel and cooking gas prices and an abandoned government,” Freitas said.

Henrique Meirelles (MDB), Manuela D’Avila (PC do B) and João Amoedo (Novo) have 1% of voter intention each. Flávio Rocha (PRB), Guilherme Boulos (PSOL), João Vincente Goulart (PPL), Rodrigo Maia (DEM) and Paulo Rabelo de Castro (PSC) did not reach the 1% mark. The percentage of the electorate who say they will not vote or will cast a white or null ballot totaled 21%, and 9% were undecided or chose not to respond to the survey.

In the Northeast, Lula registered 56% of voters’ intentions against 7% by Bolsonaro and Ciro Gomes, who are tied in the region. Marina Silva polled at 6% and Alckmin at 1%. No other candidate reached 1% of voter intention in the region.

In the spontaneous poll, where candidates names were not suggested, Lula continues to lead all other candidates. The ex-President registered 34% of voter intention. Bolsonaro came in second, with 10%. Ciro Gomes and Geraldo Alckmin tied at 3% each. Marina Silva and Joãquim Barbosa, who is no longer running, received 2% support each and Alvaro Dias polled at 1%. 5% of respondents said they would vote for others, 25% said they wouldn’t vote for anyone or would cast white or null ballots, and 16% were undecided or chose not to respond.

In the possible second round scenarios, if the election were held today Lula would beat all opponents by a wide margin. He would beat Marina Silva, from the Rede party by 45%-14%; Lula would win against Alckmin or Bolsonaro, by 47% – 11% and 16%, respectively.

The CUT/Vox Populi poll was conducted with Brazilians over 16 years old, residents in rural and urban areas from all states and the Federal District, in state capitals, greater urban areas and in the countryside, with people from all socioeconomic backgrounds.

2000 people from 121 counties were interviewed and the poll was controlled for gender, age, education levels and income.

The margin of error is 2.2% and the estimated confidence interval is 95%.

This article is based on a press release from the CUT labor union federation. It was translated from Portuguese by Brasil Wire and can be read in its original here.