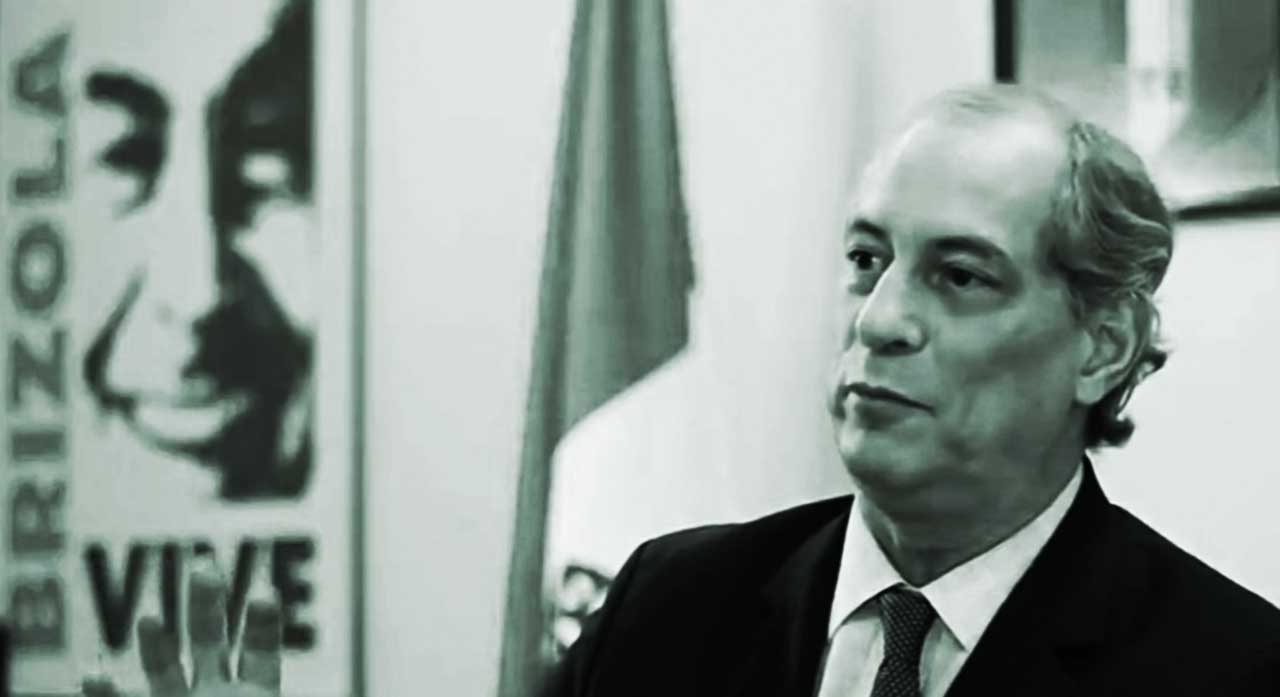 The first round of the forthcoming Brazilian presidential election is set to take place on 7 October 2018. This is probably the most unpredictable election since redemocratisation, with 13 different candidates on the ballot – the largest number since 1989, when Brazilians were first allowed to directly elect their president after two decades of military dictatorship. One of these candidates is Ciro Gomes, from the Democratic Labour Party (PDT). His candidacy represents a credible alternative to the neoliberal macroeconomic framework that, notwithstanding the diversity of policy priorities between progressive and conservative administrations, has largely prevailed throughout the last decades in Brazil. In his manifesto, Ciro Gomes proposes a national development project that aims to go beyond the Latin American ‘pink tide’ governments of recent years, by focusing on structural changes aimed at achieving financial autonomy, reindustrialising the country, and reducing economic dependency on boom-bust commodity export cycles.

The overwhelming majority of international reports on Brazil’s upcoming election have tended to focus on either the far-right candidate Jair Bolsonaro (currently leading the polls for the first round) or former President Lula, the political leader of the Workers’ Party (PT) – who has been imprisoned for passive bribery following a heavily politicized and controversial criminal trial. Scant attention has been paid to other key political actors. The candidate chosen to replace Lula for the PT is Fernando Haddad, currently second in the polls. However, the week before the first round in Brazil is typically one in which the preferences of voters switch very quickly. Ciro Gomes can potentially benefit from this tendency as he represents the ‘second option’ for a significant contingent of voters. Most importantly, polls have consistently projected a clear Gomes win in second round scenarios against Bolsonaro, the far-right former army captain recently dubbed by The Economist as ‘Latin America’s greatest menace’.

An experienced 60-year old politician who describes himself as ‘a democratic socialist in permanent revision’, Ciro Gomes has been in Brazilian politics for almost 40 years. Throughout his career, he has served as minister of Finance (1994) and of National Integration (2003-2006), governor of the state of Ceará (1990-1994), mayor of Fortaleza (1988-1990), and congressman at both state (1982-1988) and federal (2006-2010) levels. Some of his achievements include reducing infant mortality by a third during his tenure as governor of Ceará, enabling one of Brazil’s poorest states to boast 82 of the country’s 100 best performing public schools, and delivering the highest fiscal primary surplus of Brazil’s post-democratisation period while serving as minister of Finance. He was a close ally of Presidents Lula and Dilma Rousseff during the 14 years in which the PT governed the country, and vigorously condemned the coup that removed Rousseff from office in 2016.

He is, however, an independent voice in Brazilian progressive politics. His popularity is partly based on an assertive personality and vigorous defence of his ideas. This tenacious political attitude has led him to opt out of governments and political parties that steered too far away from his ideals on several occasions. What could have seemed an excessively stubborn and uncompromising stance in the past may nevertheless be perceived as a virtue in the present conjuncture, given the discredit of most of his generation’s political class across the left-right spectrum in Brazil’s worst political-economic crisis in decades.

In the last few years, Gomes has generated a huge following on social networks through the hundreds of filmed lectures that he has given in universities across the country (most of them are available on Youtube). These have enabled millions of disillusioned Brazilians to divert the focus from petty turf war confrontations on who to blame for the country’s woes, towards meaningful programmatic discussions on how to rebuild it, and implement some of its most crucially needed reforms. In his countless lectures and interviews, Gomes has been able to set the terms of the debate on both the left and right of the political spectrum in many public policy areas. Not only do these discussions comprise the burning issues of public health, education, and security, they also encompass crucial structural reforms in progressive taxation, the pensions system and industrial policy, and perhaps most crucially, an alternative macroeconomic framework within which these components may be successfully combined.

To enable these policy shifts, Gomes has pledged to overturn the most regressive measures adopted by the current government of Michel Temer (MDB), who took office following Rousseff’s impeachment in 2016. Some of his proposals include eliminating the constitutional spending cap established for the public budget on education, healthcare, and investments for 20 years (PEC 95); overriding the scrapping of the Oil Revenue Share Act (“Lei de Partilha”) which planned to allocate 30% of oil revenues to public education and healthcare; and cancelling the sale of Embraer – the world’s largest producer of medium-range jets – to the American company Boeing. These more immediate counter-measures are part of a broader political economy perspective that challenges the predominant narrative of Brazil’s centre-left and centre-right parties in the last decades, according to whom the neoliberal paradigm cannot be substantially modified under the current global and national conjunctures.

Indeed, if Lula and Dilma Rousseff were hugely successful in lifting more than 40 million Brazilian citizens out of poverty and eliminating hunger during their 14 years in power, they did so without questioning the basic macroeconomic premises of the neoliberal order. While their economic and social policies stimulated the growth of an internal consumer market on an unprecedented scale during the boom of the commodity cycle, they also increased the country’s dependency on commodity exports, and exacerbated its vulnerability to external shocks when the cycle began to decline in 2010. This was a key factor in triggering the distributive and political crisis that burst in 2013, and eventually led to the demise of the Rousseff government in 2016.

Furthermore, the fundamental premises that governed the Brazilian economy throughout the last decades have not substantially changed during PT administrations. They have been epitomized by the sacrosanct ‘macroeconomic tripod’ of monetary inflation targeting, floating exchange rate, and fiscal primary surplus. This model was adopted by the conservative government of Fernando Henrique Cardoso (1995-2002) and continued by the PT’s governments of Lula (2003-2010) and Dilma Rousseff (2011-2016). The justification of the PT for maintaining these policies, which relies on the assumption that there is no alternative to orthodoxy on the macroeconomic front, is precisely what Ciro Gomes has been convincingly challenging in his many lectures and in the PDT’s electoral manifesto.

According to Gomes, a robust industrial policy would reduce the country’s import dependency to manufactured goods and, consequently, alleviate the pressure on the balance of payments and on the Real’s exchange rate. Indeed, much of Brazil’s inflationary pressure is immune to the astronomic interest rates that have been transferring billions to banks and a minority of super-rich rentier bondholders throughout PSDB and PT administrations. Rather, it is a type of ‘imported’ inflation, sensitive to sudden depreciations of the exchange rate that follow the plunge of commodity prices during global downturns (oil, iron ore, soybean, and sugar, to name some of Brazil’s key exports).

This transfer from international commodity price volatility to national inflation can best be mitigated through a coordinated industrial and trade policy that may at once reduce import dependency and add value to exports. This renewed industrial policy would focus on four key areas in which Brazil has accumulated considerable technological expertise and know-how throughout past decades, and on which it already spends large amounts of public money through institutionalized procurement contracts: oil and gas, health, agriculture, and defence. For instance, more than 80% of the health industrial complex import bill for public health services (US$ 11 billion in 2017) corresponds to products with expired patents, which could be emulated through reverse engineering, and generate thousands of well-paid jobs inside the country.

While this industrial and external trade policy would help alleviate pressure on the exchange rate, another key proposal aims to generate more fiscal space. A so-called ‘fiscal reform’ would combine: i) a transition towards a capitalization pensions system for higher earners (gradually eliminating some of the taxes that finance a cumbersome and unequal public pay-as-you-go system and keeping a guaranteed universal income for low earners), and ii) an inversion of the present regressive nature of Brazil’s taxation system so as to reduce the tax burden of working and middle classes and increase that of the upper classes. The combined effect of the proposed pensions and taxation reforms would not only ease the country’s fiscal burden, but also harness a critical mass of national savings to be directed towards productive investment in strategic areas.

Monetary policy under a Gomes administration would refrain from exclusively pursuing the lowest inflation rate – as required by existing rules of the Brazilian Central Bank. It would also aim for the lowest rate of unemployment, in line with developed country central bank mission statements. Unlike some neo-developmentalists, Ciro Gomes categorically refuses to sacrifice worker wages as mere ‘production costs’. Indeed, his proposed tax and pension reforms aim to cut the other costs that affect Brazilian businesses’ systemic competitiveness. The PDT candidate frequently cites the case of contemporary Germany to illustrate that high worker wages are perfectly compatible with industrial competitiveness, and reminds Brazilian investors that even China’s worker wages have recently surpassed those of Brazil.

Although the Workers’ Party is often associated with the Brazilian industrial labour unions that were concomitant to that political party’s genesis in the late 1970s, the Democratic Labour Party’s presidential ticket has garnered the official support of 4 (UGT, CSB, NCST, FS) of Brazil’s 6 largest union confederations, representing a comparable number of unionized workers as those that back the PT candidacy (through CUT and CTB). Gomes has indeed heavily criticized the Temer labour reform passed in 2017 as a savage return to working conditions of the nineteenth century, and has pledged to overturn it if elected.

What Gomes is proposing is, therefore, a clear break with the macroeconomic assumptions that have ruled public policy formulation and implementation in Brazil for the last decades. By creating the fiscal, exchange rate, and monetary conditions for a sustainable reduction of interest rates below the average rate of return on investment, his programme essentially aims to reorient a largely rentier and oligopolized banking sector towards the financing of productive labour-intensive activities that may put the country on a robust path of inclusive economic growth. However, unlike more radical left party PSOL and their still very young candidate Guilherme Boulos (whose macroeconomic agenda has significant points of convergence with that of the PDT), Gomes offers the credibility of a well-rounded politician who may actually stand a chance of being elected in one month’s time, and of implementing this alternative track during the coming years.

How the 147 million electors of the world’s fourth largest democracy will vote on October 7 is still anyone’s guess, but if (and this is still a big ‘if’ at the moment of writing) Gomes does make it to the second round, he is very likely to become Brazil’s next President. While his manifesto epitomises a revival of sorts of the pre-dictatorship Brazilian political centre-left, rescuing valuable insights from Latin American structuralism and dependency theory, it also combines this tradition with a longstanding and solid empirical grasp of the intricacies of Brazil’s present public policy dilemmas, challenges and possibilities. In a heavily polarized scenario, where current first round frontrunners Haddad and Bolsonaro combine high voting intentions with soaring rejection rates, a possible Ciro Gomes presidency could still turn out to be Latin America’s greatest hope.

Thomas Cooper Patriota is a doctoral researcher at the Institute of Development Studies (IDS), University of Sussex. He previously worked in the Brazilian Federal Government (2009-2014), holds a MPhil in African Politics from Paris 1 Sorbonne University, and an MA in International Development from Sciences Po Paris.