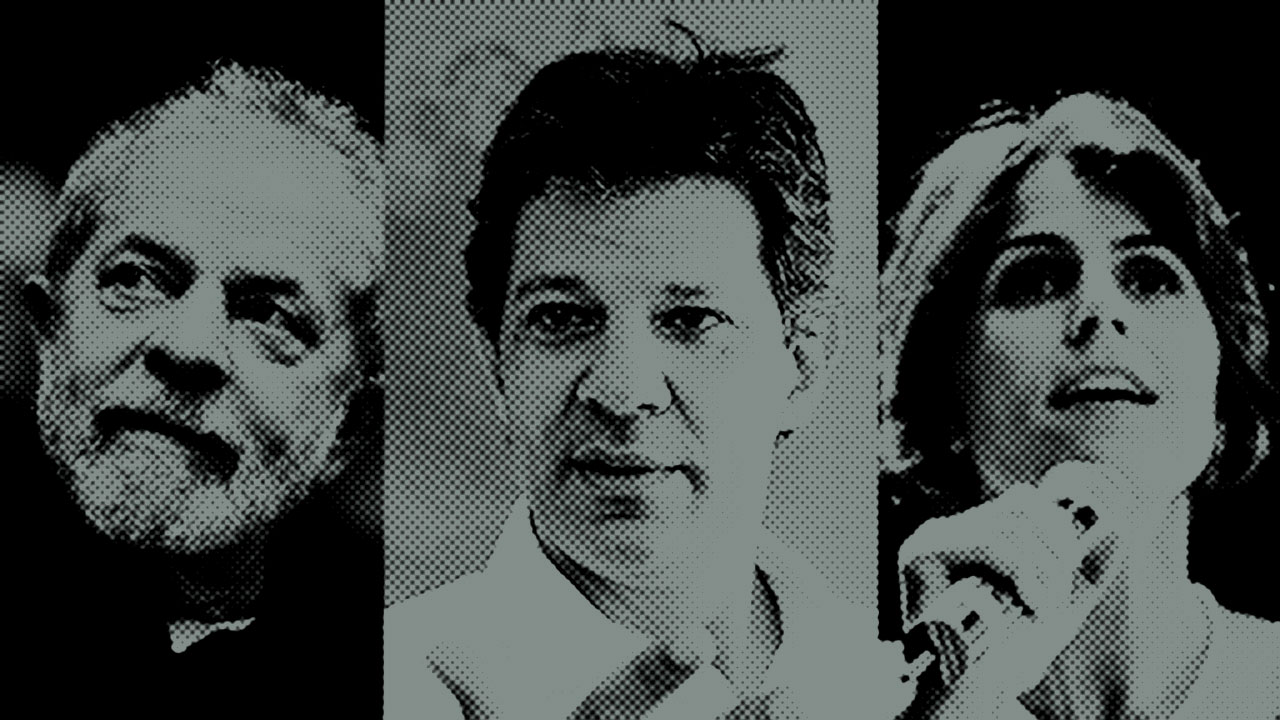 Faced with continuation of Temer’s Post-Coup programme of extreme austerity, discarded rights and bargain sell-off of the country’s resources, be it under right-winger Geraldo Alckmin or actual fascist Jair Bolsonaro, the Brazilian left were caught for months under the cloud of uncertainty surrounding Lula’s candidacy, despite him streets ahead in all polls. Finally they have clarity, and with that renewed hope for October’s elections.

With PDT’s Ciro Gomes failing to overcome the suspicion of many due to his more conservative roots, nor seal a unity ticket with PT or PCdoB, a vacuum opened between a certain victory for Lula, and the widespread expectancy that some judicial manouver would by hook or by crook prevent his candidacy from being allowed to stand – the latest act in a slow-motion Coup which began upon the results of 2014’s election.

There was then surprise and relief when the Brazilian Workers’ Party (PT) officially announced its ticket for the 2018 Presidential Elections.

Lula remains the candidate for the Presidency. Officially, former São Paulo Mayor Fernando Haddad, who drafted Lula’s Governance Plan, is the Vice Presidential Candidate. However, the PT had also entered into an agreement with the Partido Communista do Brasil (Brazilian Communist Party/PC do B). If Lula is allowed to run, which is still a possibility despite media portrayal, PC do B’s Manuela D’Àvila will run as his Vice.

If Lula’s candidacy is barred, Fernando Haddad will run for President and Manuela will be his VP choice. 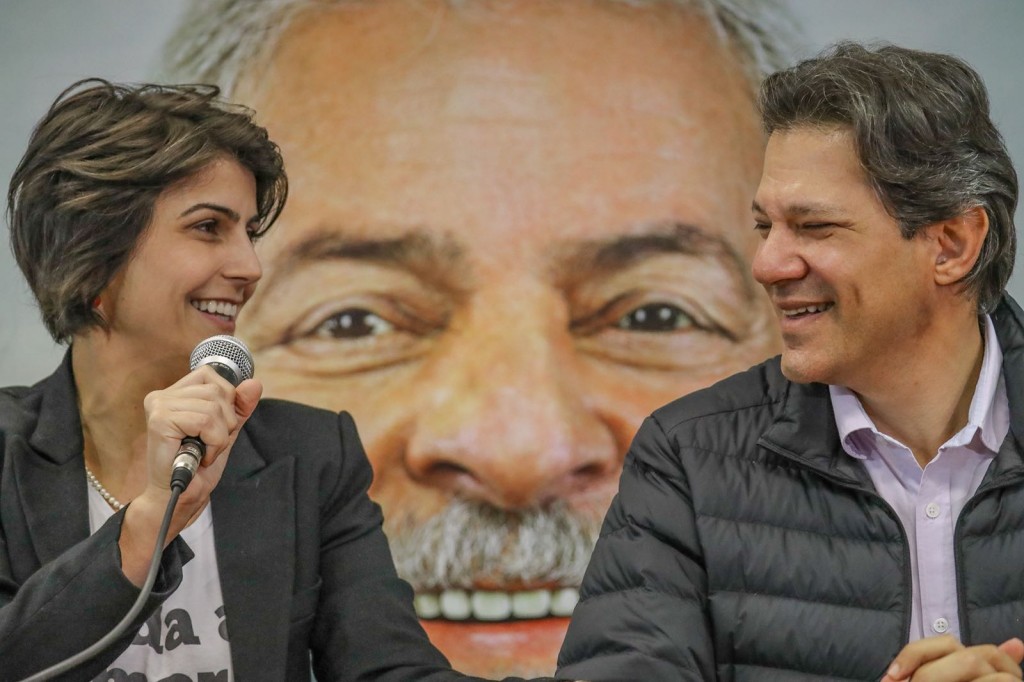 D’Ávila and Haddad at their first joint press conference, August 7 2018.

Today, Haddad and D’Àvila began a campaign tour together for Lula, who is still being held, effectively as a political prisoner, for “undetermined acts”, with no material evidence against him presented during his trial – a process which international observers such as Glenn Greenwald say was conducted to prevent him from running for president.

In their first joint press conference, Haddad went to some length advocating the diversification of Brazilian media, ownership of which is famously narrow, under the control of a handful of oligarchic families. He also lauded the potential for such a media diversification to generate employment, noting that Grupo Abril, notoriously conservative and hostile to his Worker’s Party, had dismissed 840 employees the previous day, with the closure of 10 titles. Manuela took a question on Brasil’s Pré-Sal oilfields and implications for the country’s resource sovereignty, of the breaking of the law created specifically to keep them under Brazilian control. Despite being a crucial election issue, anglophone corporate media has yet to properly address the subject. D’Ávila had already made sovereignty and technological development key tenets of her own candidacy, having been also vocal on Boeing’s controversial attempt to take control of Embraer.

To announce that she would be Lula’s Vice Presidential Candidate, Manuela D’Ávila had simply posted a photo from the day that he was arrested, with a section of a poem by Carlos Drummond de Andrade on her social media.

“I’m trapped in life and I watch my comrades
They are laconic but hold high hopes
I consider the enormous reality
The present is so great, don’t pull away from us
Don’t pull away too far, let’s go hand in hand “

Brasil Wire co-editor Brian Mier had this to say on this new “Triple Ticket”: “I think that the choice of Manuela is a good one. Some people on the bourgeois intellectual left were pushing for Guilherme Boulos from the PSOL Party, which is farther left in rhetoric than the PC do B, but not necessarily in practice. An electoral alliance with the PC do B also brings in the CTB Labor Union Federation, which has around a million members, and CONAM, the National Residents Union Confederation, which is Brazil’s oldest and second largest urban social movement, with around 300,000 members. These base level alliances will help bring out the vote. Furthermore, whereas Boulos has never held public office, D’Ávila has been a lawmaker for 13 years. Finally, the PSOL’s main function on the national stage is that of a party of moral criticism. It is important to have a radical left voice in the presidential debates. Moving Boulos to the VP candidacy would effectively remove the radical left from the debates. This would represent a loss as he is needed to prod the PT coalition farther left and hold them accountable for their more moderate positions. I am sure that if Lula or Haddad is elected, they will offer a cabinet ministry to Boulos, who has proven to be a faithful ally to Lula during his political persecution. The PT/PC do B ticket is the best chance Brazilians have of reversing the US-backed predatory austerity measures and privatizations implemented by the coup government. On August 15th, tens of thousands of labor union and social movement protesters are traveling from across the country to Brasilia to pressure the Supreme Electoral Court to guarantee Lula’s constitutional right to run for office.”