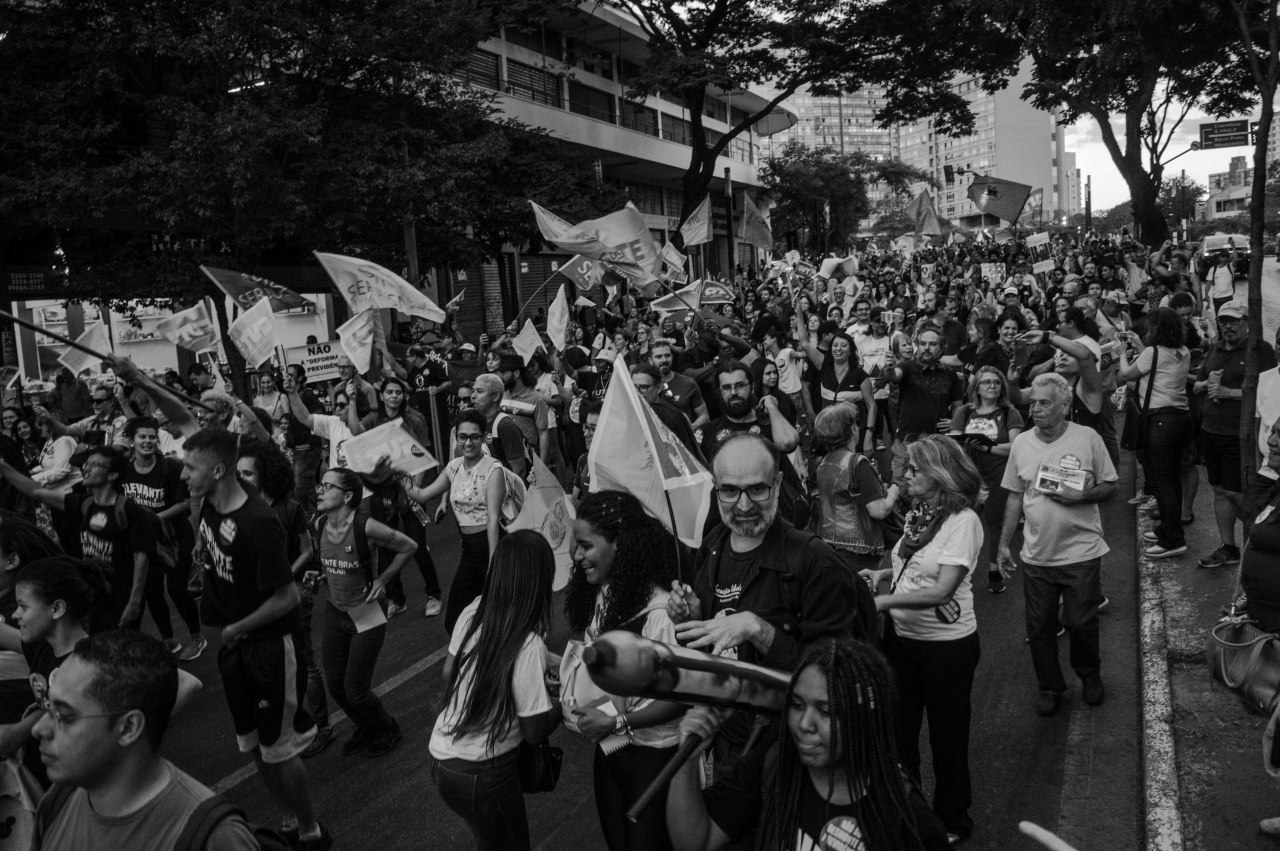 3rd “Education Tsunami” shut down schools and traffic in the downtown areas of cities in all 26 Brazilian states, but was whitewashed in the international media.

Brazilian students and union members blocked major thoroughfares in over 200 cities on August 13th to protest the Bolsonaro government’s austerity cuts to the public education system. The protests were almost completely ignored in the Anglo media.

During the protest in São Paulo, which shut down Avenida Paulista for 5 hours, President of the Brazilian High School Students Union (UBES)Pedro Gorki, said, “The risk of these cuts is that education will lose its public, democratic and free characteristics. The backdrop of this education plan is the destruction of the public nature of Brazilian schools and universities. They don’t want education to be a right for all, they want to transform it into right for the few so we are here to protest against this and guarantee that all Brazilian people can have access to schools and universities”

The protest represented the 3rd national education strike after two similar days of protests in May brought a combined estimated 3.6 million people to the streets of hundreds of towns and cities. Dubbed the “Education Tsumani” and was organized by student unions, it started early in the morning in small towns and gradually kicked off in larger and large cities, culminating in huge street protests in São Paulo, Belo Horizonte and Rio de Janeiro. Thousand of people from all walks of life came out in solidarity with the students.

In São Paulo, the actress Beatriz Santos said, “I am here today for the future of my daughter. I have a four year old daughter and I don’t want her to live in a country that has a fascist President and Government. I love Brazil and will fight for it.” 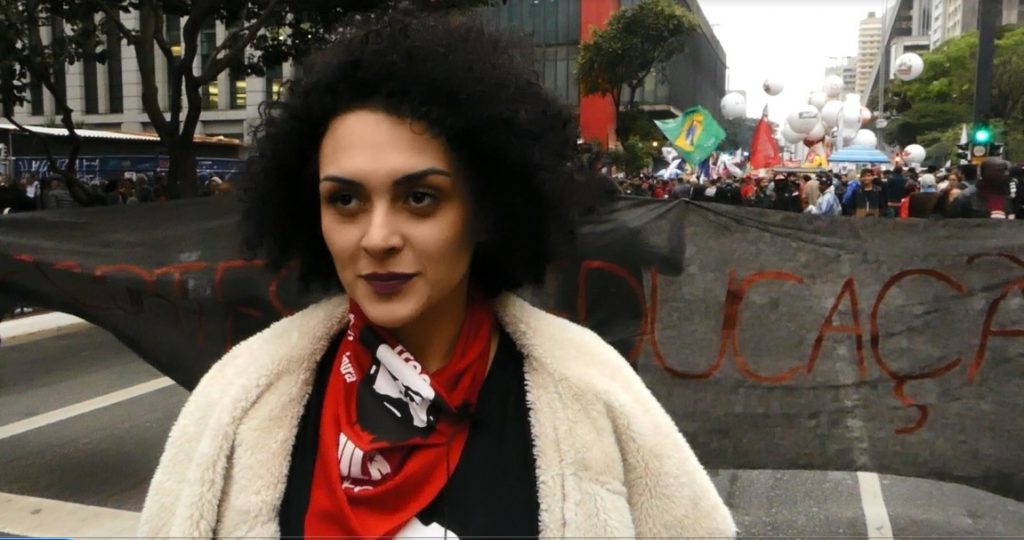 Although a national strike which involved millions of workers was unable to completely halt the Bolsonaro government’s pension reform proposal from being passed in Congress, in exchange for R$ 3 billion in pork that was handed out to lawmakers who supported the initiative, some of the most brutal elements of the bill, such as raising the retirement age as high as 74, were removed from it. It’s widely believed that this happened due to the pressure from the unions. The student unions who organized the Education Tsunami believe that, at the very least, these demonstrations and linked pressure strategies on lawmakers will reduce the size of the public education cuts. On Avenida Paulista, Mariana, from the São Paulo Municipal High School Students Union said, “We want to pressure the Government and I think that if we continue this fight we will achieve results. We will be able to draw attention to the problem and reduce the cuts. “ 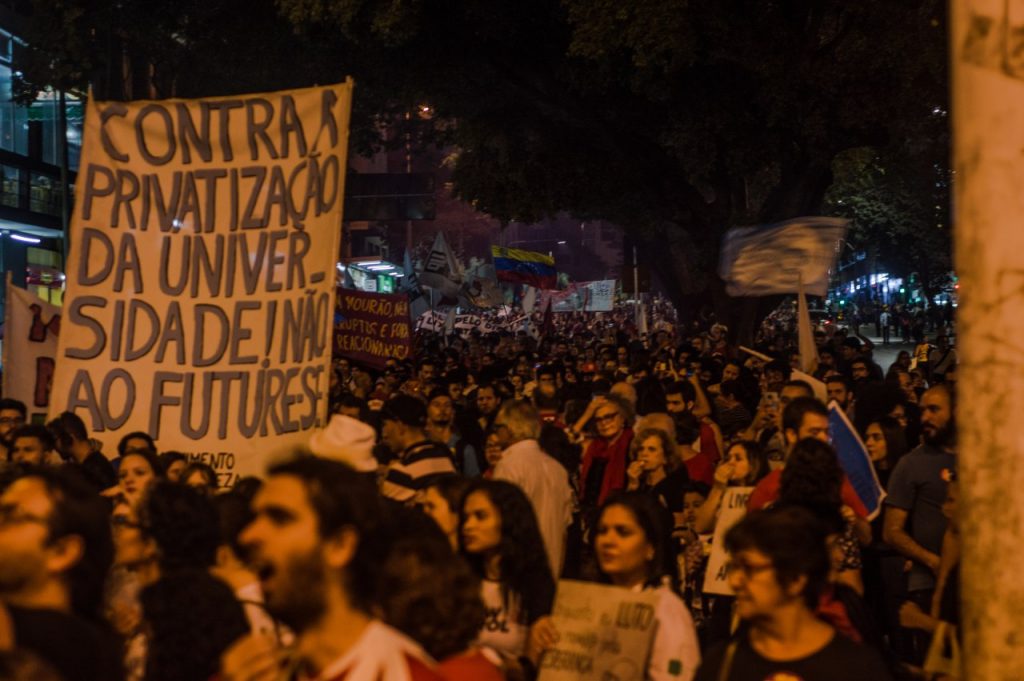